One of my favorite things at Avid is being on-site with customers, helping them design, implement and support technology upgrades.

Recently, Evangel Church asked us to help them better leverage their Google Fiber connection, replace their phone system, upgrade their WiFi network to include a secure staff network and a public guest network and improve their connectivity to a remote location on their property.

Before we got started deploying solutions, we worked with Evangel Church to determine the features and functionality of existing hardware–we want to use existing network infrastructure when possible to keep the costs down.

Avid deployed a firewall that allows Evangel Church to use the full Gigabit of bandwidth they get from Google Fiber. The Gigabit capable firewall is included with all of Avid’s Gigabit Complete solutions.

We duplicated their existing private IP scheme, configured Virtual Private Network (VPN) for remote users to access internal resources, and configured VLANs (Virtual Local Area Networks) to secure multiple internal networks.  We also configured the firewall to automatically use a second Internet connection in the event their Google Fiber connection were to go down.

Softphone: a software program for making telephone calls over the Internet using a computer or mobile device, rather than using dedicated hardware.

Evangel Church did not want their staff to be tied to desk phones if it could be avoided, and they asked their users to determine what type of phone would work best for the way they wanted to work:

In the end, most people chose the softphone solutions so they can make or receive calls and transfer calls from anywhere as long as they have an internet connection.

Like many businesses, Evangel Church’s use of WiFi has significantly increased as more people are mobile and prefer to use mobile devices to access the internet. On Sundays, their church may have over 1,000 guests that would like to access the internet over WiFi. Previously, they had a separate internet connection to isolate the guest WiFi traffic from their staff network.

Avid deployed a new Wifi network that uses separate VLANs on individual access points to isolate the guest network from the staff network. Both of these networks are able to use the Gigabit Google Fiber Connection. We also reconfigured their existing Ethernet switches to support multiple VLANs. Avid’s WiFi solution also includes cloud based support of the WiFi network. This allows us to better troubleshoot if a user has a poor connection, needs remote password or SSID changes and more to meet the needs of the users.

There’s no separate charge for our cloud based WiFi support (all of our access points support the latest WiFi AC standard and cost from $150 to $250.)

To finish the project, a remote building was connected using a fixed wireless connection.

Now that we’ve completed the project, everyone is happy with the final result. Evangel church is enjoying a significant upgrade in technology, and we leveraged their existing infrastructure whenever possible so that they can be good stewards of their resources.  Evangel Church has one phone number to call (Avid’s support line) if they have any changes to their firewall, phone system, WiFi, or network security.

If this sounds like it might be expensive, the Gigabit firewall and all the support is included in Avid’s $50/month Gigabit Complete package.

No other communications company we know of would go into a new client and try to leverage their current infrastructure like we did. Most providers would require the client to invest in new switches, a firewall, access points and more costing them thousands of dollars. We don’t recommend new hardware unless there’s a business case for it. And we want it to be easy for companies to do business with us.

We Had to Say No… 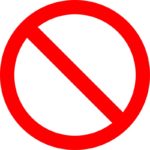